How do you tell the tale of 2,000 years of British history, with a North-East twist, in just 90 minutes? The answer is simple, County Durham’s spectacular outdoor pageant, Kynren. JONATHAN JONES enjoys Bishop Auckland’s summer spectacle.

Having been lucky enough to see last year’s offering, taking place on a seven-acre site in the shadow of Auckland Castle, in Bishop Auckland, I did wonder what this year’s performance might offer that was different enough to justify paying members of the public forking out £50 for the best seats.

And I can happily say there’s enough new and extended scenes to make Kynren worth a return visit. Boosted by an increased number of participants (or archers as they are known), more than 1,400 volunteers in total, the show seemed to have more in terms of excitement, and, perhaps most importantly, it just seemed to flow better.

This view may also have been aided by the fact that this year I had a slightly more elevated position in the stands, rather than the ringside seat I took last year. This enabled me to see more of the action as it enfolded, for example, being among the first to see the burning bagpipe playing Scots army of Robert the Bruce, come face to face with the burning club juggling English army.

Something I hadn’t noticed so much last year, and perhaps this is due to the more enhanced staging of this year’s offering, is just how violent the last 2,000 years of British history have been.

The first 30-45 minutes of the show seemed to focus on one bloody skirmish after another, from the stallion riding Iceni queen, Boudicca, storming the stage accompanied by her daughters, battling with their Roman oppressors on the banks of a lake, from which scenes rise and fall, through the monk slaughtering attacks of the Vikings, to the death of Harold Hadrada, clutching an arrow in his eye, at the hands of the invading William the Conqueror.

Great fun for those watching, particularly the younger members of the audience, who particularly enjoyed the sight of a Roman Centurion being thrown from his horse, then dragged along behind it.

There was a slightly more sedate section, featuring Shakespeare and Good Queen Bess, which included the Queen entering the stage on a fabulous royal barge, while Shakespeare himself could be seen on the balcony of his home. But this was soon to be replaced by the skirmishes of the English Civil War featuring Cavalier cavalry facing off against Roundhead armour.

The show owes a lot of its continued success to the generosity of investment banker Jonathan Ruffer, the man spearheading the £100 million redevelopment of Bishop Auckland, which included buying Auckland Castle and saving paintings by the 17th century Spanish painter Francisco de Zurbarán.

After an initial £35million investment in the Kynren site, funded entirely from charitable donations, each subsequent year is funded from the previous year’s proceeds, with profits from tickets and merchandise sales reinvested in the show and keeping it at its best, continually increasing the skill level for volunteers to make this show the success.

Designed to emulate the success of France’s Puy du Fou, which helped to revitalise the Vendee area of Western France, Mr Ruffer is hopeful that Kynren will help to do the same for Bishop Auckland.

He joked, as he launched this year’s event, that he hoped Kynren would last for the next 50 years, and to ask him again then, at the age of 117, what he thought was the secret of its success.

He added: “We are not like Trooping the Colour where you see some wonderful things but the only thing that changes year after year is the name of the person who falls off the horse.

“We are not like a Premiership football match where every moment of every game is different but ultimately it’s just 24 blokes running around a lawn.

“We are more like Star Wars, or Harry Potter, which you can come back to year after year and see, in one sense, the same thing and same characters, but in another sense something different and unique because every performance is unique.”

Kynren is on target to attract more than 500,000 visitors to the North East by 2020, boosting the economy by almost £5million a year.

If the reaction of the gathered press and guests (mostly friends and family of the participants) is anything to go by, with a standing ovation at the end of the show, and numerous bouts of spontaneous applause throughout, County Durham has a hit on its hands.

If, as promised, production company Eleven Arches continues to upgrade the show each year, then I’ll be happy to make an annual visit.

However, I must add that my enjoyment of this year’s offering was perhaps improved by my choice of a slightly more elevated seat, rather than my choice of a front row one last year.

This more elevated position gave me chance to see more of the early action as it happened, in particular items that were happening to the far left or right of the stage area.

Under the watchful eye of US-born artistic director Steve Boyd, who choreographed Olympic opening ceremonies in London and Rio, revised and extra scenes have been added to this year’s offering. These include a completely new English Civil War section, and the marking of two special moments in history, commemorating 100 years since the end of the First World War, a moment laced with poppies and poignancy, and the successful struggle of the Suffragette movement, which led to women being given the vote.

There’s still something for those who like history, told from a North-East angle, with this year’s audiences again getting to meet the Venerable Bede and Prince Bishop Bek.

There’s also still a particularly moving sequence featuring the coal mining communities of the North East. Pit props rise from the lake, and miners march to work, only for a number of massive explosions to rock the stage, followed by the collapse of pit props. This is followed by mourning women following a number of hearses across the stage, showing just how dangerous working in the pits of County Durham, once the lifeblood of the region, was.

On a lighter note, however, there’s also a myriad of performing animals including 33 horses, a flock of 27 sheep (a crowd favourite), a gaggle of geese, numerous donkeys and a pair of Durham shorthorn oxen.

The show also features more stunts, including a Roman Centurion being dragged along behind his horse, in the early moments of the show, plus a motorcycle rider crossing the stage ablaze.

Stephenson’s Locomotion, the first steam locomotive to carry passengers on a public rail line, also makes an appearance, steaming across the stage followed by cheering crowds, and in later scenes, Winston Churchill makes his “fight them on the beaches’ speech, while a spitfire chases a German bomber overhead.

Produced by Eleven Arches, the 2018 season features 17 performances across, commencing on June 30, and running on Friday and Saturday evenings throughout July, August and September.

Tickets for Kynren range from £25-£55 for adults and £19-£41 for children. For more information, visit www.kynren.co.uk. 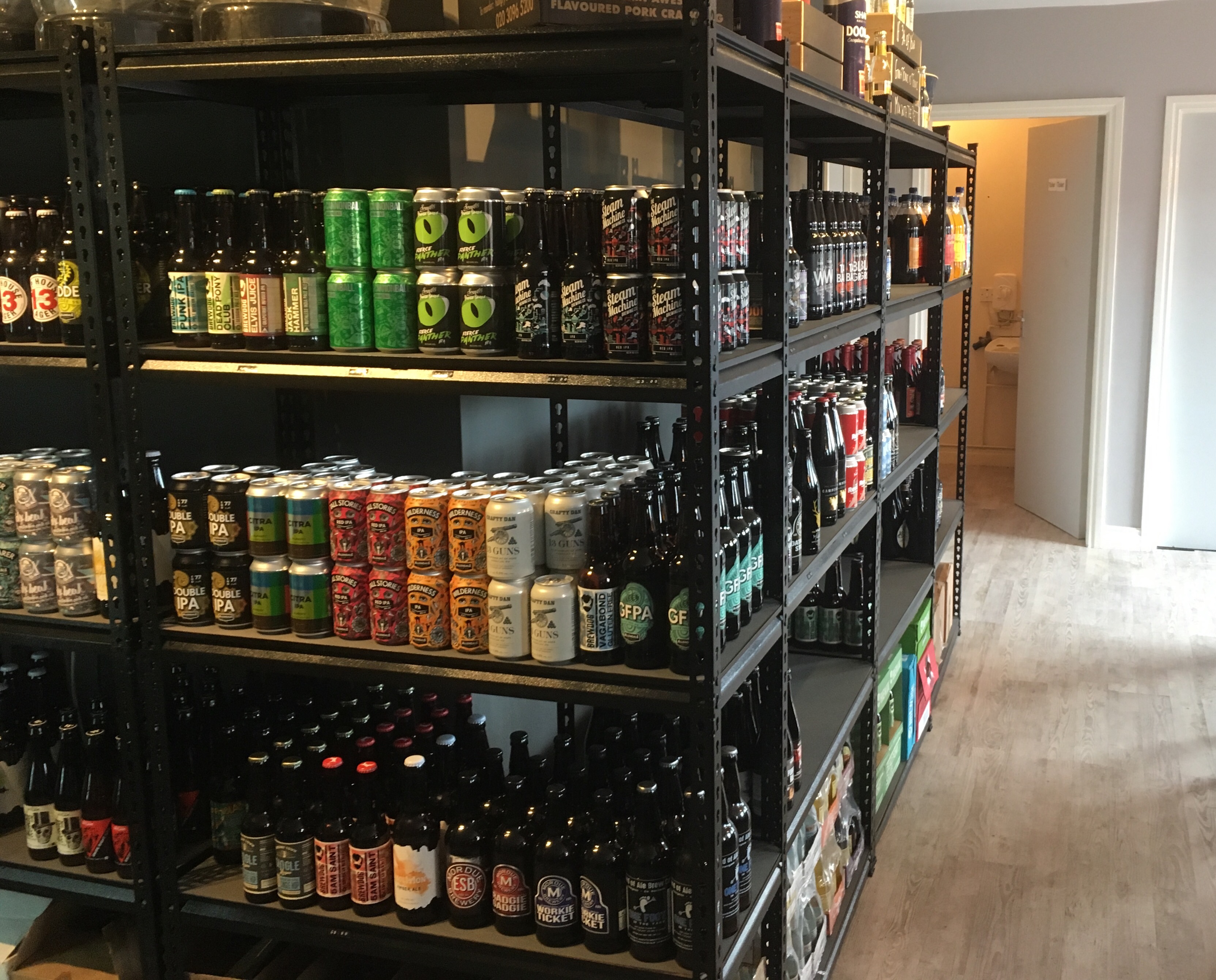 Beer blogger PAUL White tries out a local beer inspired by a poet.

It’s nice to learn something new, especially if it’s about your own part of the world.

I hadn’t been to the Toronto Lodge, just outside of Bishop Auckland, since a revamp a couple of years back, but decided to drop in for a bite to eat. I’d also heard it was home to some real ales, as well.

It turns out that it offers a range of ales from Sonnet 43, a brewery from nearby Coxhoe, which is where the learning begins.

I hadn’t been aware of this particular brewery, but it has an ale for all tastes. Personally, I decided to go for the bourbon milk stout, The Raven. After all, this last week did feature Stout Day.

Now, the brewery name and that of the beer itself are no coincidence, as I also learned that Coxhoe was home to a rather famous poet – most of you will at least be familiar with one of her lines.

For it was Elizabeth Barrett Browning who, in her Sonnet 43, wrote “How do I love thee? Let me count the ways…”.

I’ve driven past Coxhoe thousands of times, but I had no idea that it was home to Browning, or that she had inspired a brewery.

Likewise, I have driven past the Toronto Lodge countless times since the revamp and it has been remiss of me not to have called in before now. What a great place with reasonably priced, but very good, food and drink.

But what of the beer itself?

Well, it’s a pleasant discovery, with a full flavour that is at once bitter and also smooth; a proper milk stout. It’s not an overly heavy drink, so could easily be one to settle into for an evening, should the opportunity arise.

With a lot of my beer reviews, I’ve highlighted those ales that are a natural progression for a lager drinker coming into the realms of beer. This is not one, but Sonnet 43 have plenty that would fit that bill.

Overall, it was an outing of discovery for the brain and the taste buds and I will be returning to sample more of the food and drink in the very near future.