A list of books featuring North East England. The bulk of this list (it is far from exhaustive) was compiled some years ago but I have added some more recent publications where time has allowed. At the end there are three recommended bookshops which are great sources for finding second-hand books.

Some books may be out of print but it’s possible to find old copies on the internet or reference copies in local libraries. Some of the classic histories may be available in pdf format online for research purposes. A few books feature in more than one category where appropriate.

Please help support this site by making a donation on our donations page on the image link below. 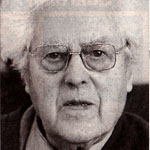 NORTHERN ENGLAND AND ENGLAND IN GENERAL

Towns and Districts in County Durham

Please help support this site by making a donation on our donations page on the image link below.