This year’s Great North Run is fast approaching. HELEN GILDERSLEEVE  finds out some interesting facts and regales her own experiences of the iconic North East event.

It isn’t called the world’s most famous half marathon for no reason.

The run was originally devised by Tynesider and former Olympic 10,000 metre bronze medallist and BBC Sport commentator Brendan Foster. The first Great North Run which was advertised as a ‘local fun run’ began on 28 June 1981, when 12,000 runners participated.

Fast forward three decades and the number of participants had risen to 47,000 with this year’s event boasting a record 57,000 runners who will pound across the iconic Tyne Bridge to South Shields sea front.

Nothing quite prepares you for this event and it’s so much more than just ‘going for a run’. I’m about to (hopefully) complete my fifth this year and I can’t wait.

Standing at the start line and looking ahead at the sea of coloured tops and eccentric fancy dress is nothing short of amazing. How they get 57,000 people on the central motorway each year in an orderly fashion always astounds me.

Every single person has their own story for competing, and most are extremely touching. It’s hard not to get emotional seeing the huge variety of charity runners and signs on people’s vests emblazoning messages like ‘for you mum’ and ‘in memory of ….’. Each year sees millions of pounds being raised for hundreds of different charities. It’s a moment where people come as one and the atmosphere is simply magical.

Once the start gun goes off at 10.40am and the sea of runners ascend across the town flyover amidst chanting and the echoes of pounding feet, there’s no greater sight than the masses of people and shouts of support greeting you as you run across the Tyne Bridge with the Red Arrows flying overhead.

Throughout the 13.1 mile course the support from local people is astonishing; they come out in their thousands to give support and many give runners home baked goodies, biscuits and fruit to boost energy. One particularly warm year I got blasted by a child with a Super Soaker and I’ve never been more grateful.

Nothing is more welcome than the sight of the sea when you head into the last mile at South Shields, I’ve witnessed people limping, crawling, carrying one another and crying at this point.

As you bear left and run the final mile with the North Sea on your right, the finish line is in sight and all you want to do is stop/cry/collapse as you can’t feel your legs anymore, but the masses of people cheer you on and push you to the end. These people will never understand how much the runners appreciate them.

You FINALLY get to the end and as you sprint through that famous finish arch, the feeling cannot be explained. Nor can the taste of that first sip of a beer.

And it’s over for another year!

Thanks to Chris Booth of www.chrisbooth.photos/ for the images of the Great North Run. 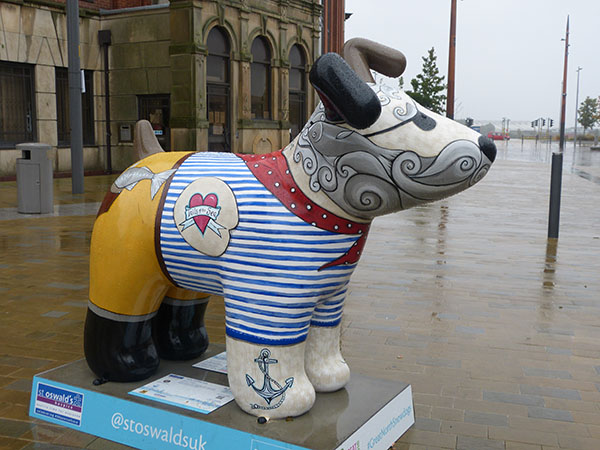 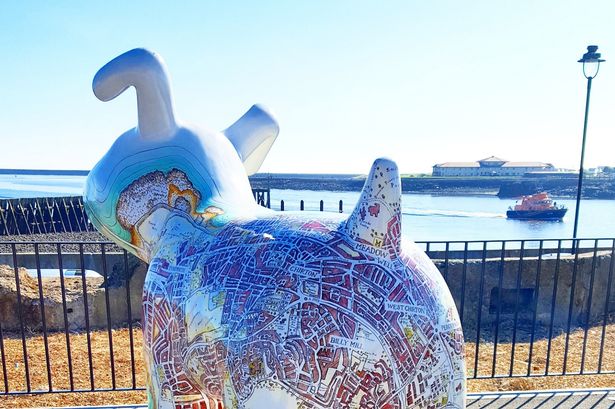 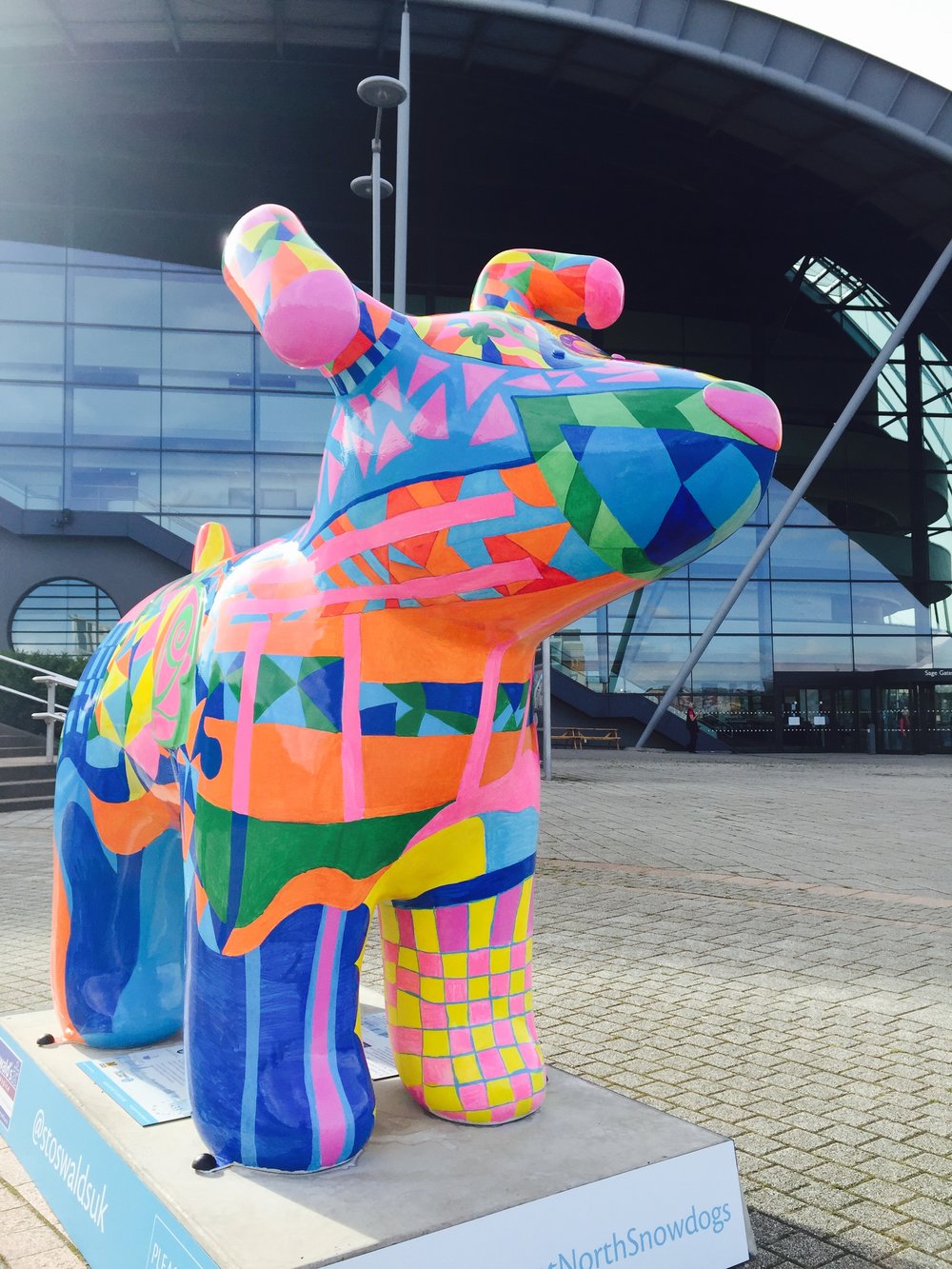 HELEN GILDERSLEEVE speaks to the founders of Newcastle based charity WECare Worldwide about the fantastic work they do to save the lives, treat and care for Sri Lankan street dogs.

After a recent trip to Sri Lanka, I discovered the heart breaking plight of many stray dogs there. As beautiful a country this is, it is very far removed from the UK when it comes to animal welfare; dogs are often viewed as pests and there’s an unprecedented amount of homeless dogs due to a lack of neutering available.

I remember sitting on the beach one night realising I was surrounded by more stray dogs than people, all desperately seeking food, shelter and basic human affection. I ended up sharing most of my rice with a couple as they looked at me with desperately sad eyes. It led me to want to help and volunteer for the charities that work tirelessly to save these poor creatures. Little did I know that a wonderful group of vets from my home town were doing just this!

WECare Worldwide are a team of veterinary surgeons and nurses from Newcastle’s Westway Veterinary Group whose aim is to provide a high level of veterinary expertise to animals who don’t have access to any other form of healthcare. 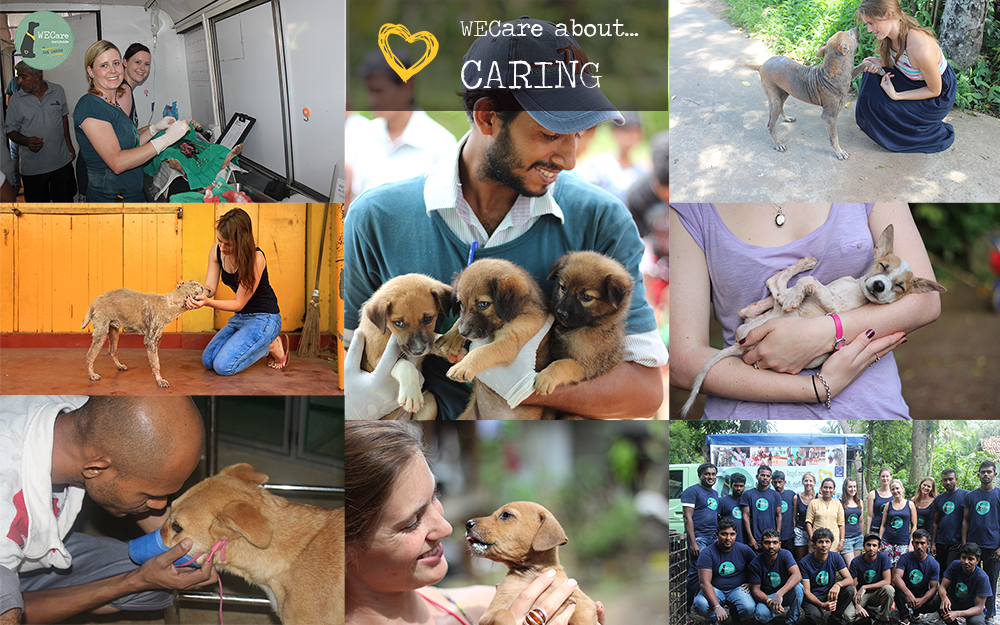 The charity was set up by local veterinary surgeon, Janey Lowes, from the Westway Veterinary Group in October 2014. Janey, who is originally from Barnard Castle has a mission is to provide veterinary care for less fortunate animals around the world, starting in Sri Lanka. A huge amount of work goes into the charity from the UK who often host events, fundraisers and sell Sri Lankan made products in Westway branches across the North East. This year she became the first vet to receive a Points of Light award – an accolade given by the Prime Minister to volunteers who make positive changes in their community. 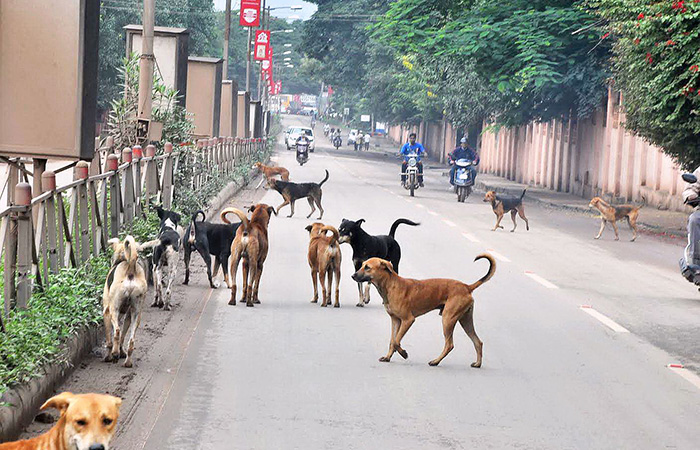 Former Prime Minister, David Cameron, said; “She has undoubtedly changed the fate of scores of vulnerable animals by protecting them from disease and providing much needed care. “I am recognising Janey as a Point of Light, not only for the positive impact she’s had through helping animals in need, but also for the countless people that will have been protected from rabies by her work.”

With no healthcare available, many of the street dogs in Sri Lanka live in a considerable degree of pain and discomfort. Some of the injuries that occur there are beyond belief and many have previously died slow and painful deaths. From skin disease, to multiple fractures to inflicted injuries, such as severe burns, bomb injuries and collar wounds- these dogs have been to hell and back and it is time for this to stop. 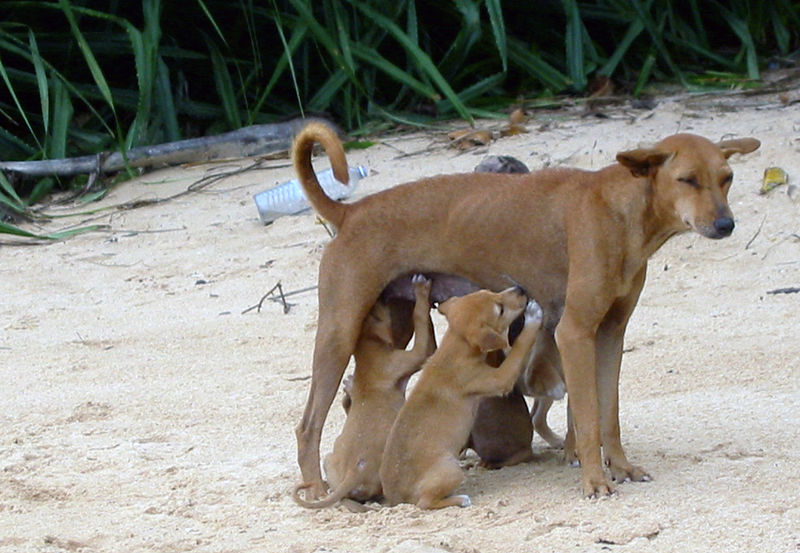 Sri Lanka’s roaming dog population is rumoured to be 1 to 3 million in a country the size of Ireland with a human population of 20 million. Unsurprisingly, there are not enough resources to support this number of dogs and as a result many starve to death or succumb to disease, with 60% of puppies dying before they reach their first year. 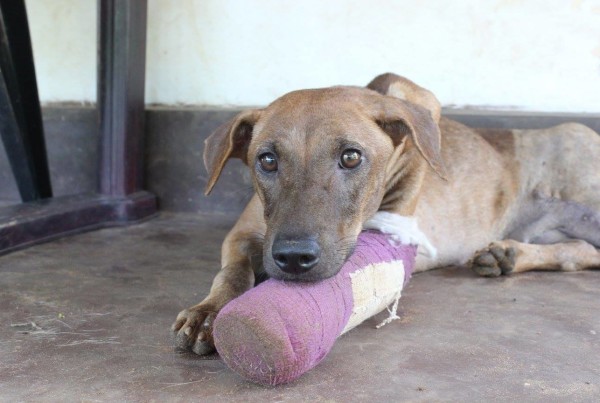 Education on animal welfare and responsible pet ownership is non-existent in Sri Lanka, leading to generations of families demonstrating neglect and often cruelty of an extreme kind to dogs, both stray and owned. They often do not know any better and feel as though they are doing a good thing by protecting their families from vermin. To make matters worse, the veterinary profession in Sri Lanka does little to promote compassionate care.

Charities like WECare Worldwide truly are a godsend and without these, many of these beautiful dogs would die.

To date, WECare has carried out the following treatments:

For more information and instructions on how to donate or help fundraise for this fantastic cause, please visit wecareworldwide.org.uk