How well do you know the North East? Test your local knowledge with our latest History of North East England quiz?

1. Which North East town has a name that means ‘stag island pool’?

2. A collection of artefacts stored in old army camp huts at Brancepeth near Durham became the basis for which famous North East institution and great day out founded in 1970?

3. Where would you find the famous Barter Books book store and what purpose did the building it occupies originally serve?

4. What is the name of the Sunderland-born author of the Horrible Histories series of children’s books?

5.  By what name of Viking origin are waterfalls usually known in Teesdale?

6. The nineteenth century historian William Tomlinson said of this town that in former times its people “were among the wildest and most uncivilised in the county. For fighting, gaming and drinking they had a worse reputation than the inhabitants of Tynedale and Redesdale” Where was he talking about?

7. What was the nickname of the famed Northumberland-born landscape gardener born at Kirkharle in 1716.

8. Where were the Sans Pareil and Royal George locomotives built?

9. Where in Northumberland would you find the Anglo-Saxon Frith’ or ‘Frid’ stool, possibly a symbol of sanctuary but more likely a primitive example of a bishop’s throne?

10. Which North East city has a name that derives from words meaning ‘hill island’?

12. What does the Weardale ballad The Bonny Moor Hen commemorate?

14. What is the name of the oldest surviving 18th century warship that can be seen at the maritime museum at the Royal Navy Museum at Hartlepool?

15. Which is the oldest of the seven bridges across the Tyne linking Newcastle and Gateshead?

16. What disaster affected much of the North East on St Hilda’s Day in November 1771?

17. In 934 AD Athelstan king of England returned a place he described as his “beloved vill” to the Bishops of Chester-le-Street. It had been seized by Vikings in 918AD. Where was he talking about?

18. What are the names of the Newcastle-born brothers who founded Viz comic? 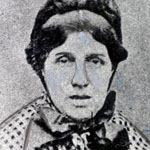 19. What was the name of the North East-born Victorian serial killer responsible for the deaths of up to 21 people, mostly her own husbands and children?

20. Which North Eastern town was attacked by King Eystein of Norway in what is thought to have been the last Viking raid on Britain?

21. The North East dialect word ‘gadgie’ originates in which language?

22. What is the name of the Sedgefield-born actor, comedian, screenwriter and novelist who is the writer, co-creator and producer of the TV drama ‘Sherlock’ starring Benedict Cumberbatch?

23. Which impressive North East parish church dedicated to St Cuthbert and described by King James I as a ‘bonny church’, is known as ‘The Lady of the North’?

25. Which North East town derives its name from the Celtic name Allt Clud meaning cliff on the Clyde?

26. What was the fictional name for the village that was the setting for the 2000 film Billy Elliot set in east Durham?

27. What was the family name of the coal owning Marquess of Londonderry, once commemorated in the name of an east Durham Colliery?

29. Who was the North East lead singer immortalised by John Lennon as the ‘Egg Man’ in ‘I am the Walrus’ and what was the name of his band?

30. Which legend is depicted in stone on the outside of Durham Cathedral? It portrays the foundation myth of the city and the journey of the monks to Durham.

31. What can be found in the weather vane of the market cross at Barnard Castle?

32. In which North East town would you find the beautiful Low Hall, Monksholme and an impressive vicar’s pele? 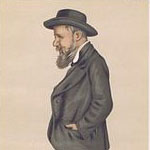 33. Who was the radical Liberal politician (pictured) who founded Tyneside’s Chronicle newspaper and was once a friend of the Italian nationalist Giuseppe Garibaldi?

34. Where can you find the elegant Infinity Bridge named from its resemblance to the scientific symbol for infinity?

35. St. Cuthbert’s shrine was based here for 113 years and there were a succession of nine bishops based here. It was then one of the most important places in the region but where are we talking about?

36. What was supposedly mistaken for a French spy and hanged on the beach after it was washed ashore at Hartlepool during the Napoleonic Wars?

37. What was the name of the Durham coal owner and racehorse owner who was also a champion pugilist?

38. What was the name of the Heaton-born musician and record producer who managed both Slade and Jimi Hendrix?

39. Which North East town plays host to the spectacular Kynren?