How well do you know the North East of England? Test your North East Knowledge with these regionally-themed questions to tax your brain.

1. Who was the Clarence from whom Port Clarence on Teesside is named and what did he become?

2. What North East location was known in Celtic times as Medcaut?

3. What is the name of the impressive thirteenth century manor house situated about a mile north of Corbridge and described as “almost completely intact”?

4. Alf Wight, who wrote autobiographical experiences of his life as a Yorkshire vet under the name ‘James Herriot’ was born in which North East city?

6. A tribal name Gyrwe, meaning ‘the fen dwellers’ gave its name to which North East town?

7. What connects Penshaw Monument on Wearside and Grey’s Monument in Newcastle?

8. The Terris Novalis sculpture can be found close to a long distance cycle path near which North East town?

9. Cobweb-covered dirty bottles have remained in a shop window of a pub in which North East town for around 200 years owing to a superstition that their removal will release a curse?

10. What was the name of the eighteenth century landlady of a pub at Picktree near Washington who was apparently commemorated in song?

11. John Miles, composer of the song ‘Music was my first love’ was born in which North East town in 1949?

12. Name the Monkseaton-born TV writer noted for Porridge, Auf Wiedersehen Pet, The Likely Lads and Whatever Happened to the Likely Lads?

13. Ha’ Hill was the site of which North East castle?

14. Longovicium was the Roman name for the fort in which North East village?

15. The villages of Eastgate and Westgate in Weardale once marked the boundaries of what?

16. Name the North East comedian born in Acklam near Middlesbrough in 1959 and ‘the son of a biscuit salesman’? 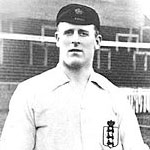 17. Who was the first ever £1,000 footballer (pictured). Which club sold him and which club bought him?

18. What is the name of the river at Rothbury?

19. What unique North East landmark across the River Tees dates from 1911?

20. Lauren Gofton is the real name of which Sunderland-born radio presenter?

21, Which County Durham village has a name that means cliff or hill of the ghost or spectre?

22. Jimmy Allen, a gypsy who haunts a former prison cell beneath Durham’s Elvet Bridge was a musician with a talent for playing what kind of instrument?

23. Which famous Viking king visited St Cuthbert’s shrine at Chester-le-Street in 952AD, two years before the king met his death?

25. What was the nationality of the talented 3 feet 3 inches tall ‘count’ who resided in Durham City during the eighteenth century?

26. Gertrude Bell who was born at Washington New Hall in 1868 and grew up near Redcar, was later noted as an explorer and for her part in drawing up the borders of which Middle Eastern country?

27. Actress and scriptwriter Val McLane is the sister of which North East singer, actor and songwriter?

28. In the 1850s, the Durham historian Fordyce mentions a derisive comment about shipbuilders in a particular North East town who in the earlier part of that century could either ‘make’ a ship or ‘build’ a ship depending on quality and price demanded. To ‘make’ meant to construct a ship on the cheap as a sideline job at low cost to the buyer with no guarantee of quality. Which town was he talking about?

29. What was discovered by the Hartlepool-born physiologist Sir Edward Mellanby that had an important impact on health and diet?

30. Which North East castle once belonged to Nathaniel Crewe, the Bishop of Durham in the eighteenth century and to the industrialist William Armstrong in the nineteenth century?

31. In which North East city would you find ornate Edwardian Baroque style pubs called the Dun Cow and Peacock in close proximity to a theatre of the same architectural style?

32. What was described by the Prime Minister William Gladstone in 1862 as “Our best modern street“?

33. Which well-known North East landmark hill was once known as Odin’s Berge from its association with the Viking god, Odin?

34. On 9th March 1761, during a protest against methods of conscription into the local militia, the Riot Act was read and soldiers opened fire resulting in the deaths of around 40 men and the injury of hundreds more in the market place of which North East town?

35. What is the name of the little coastal port that was developed by the Delaval family between Whitley Bay and Blyth with its canal-like cut?

37. What is the name of the Newcastle-born director whose films include the Resident Evil series, Mortal Kombat and Alien vs Predator?

38. Which Tyne Valley village is associated with the railway pioneers George Stephenson and William Hedley?